I’ve seen a lot of genre mash-ups in my life. But I guess that a danced documentary about a musician was a first for me. Choreographer Jan Martens’ focus in his new dance solo Elisabeth Gets her Way is the famous harpsichordist Elisabeth Chojnacka. This Polish musician left for Paris at the age of 23, where she set out to introduce the harpsichord to a large audience. Her work displays a great urge to experiment: more than eighty composers dedicated work to her. When Chojnacka plays, one of the voices speaking in the performance recalls, you can feel the emotion through the performance. No wonder that Martens drew inspiration from her.

The Belgian choreographer’s work also has a compelling style, which puts feeling in the foreground. Martens came across Chojnacka’s work when working on another performance. He used the lockdown to do research for a solo that was to be an ode to the harpsichordist. For this, he delved into the French media archives in Paris and interviewed composers who had worked with Chojnacka. 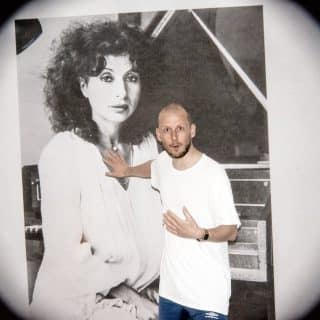 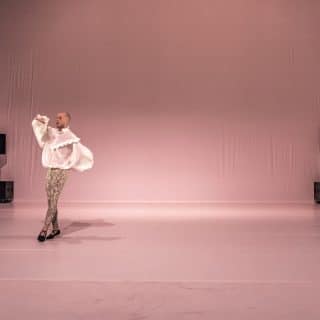 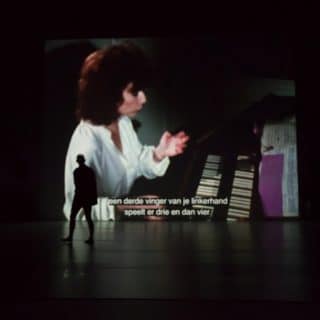 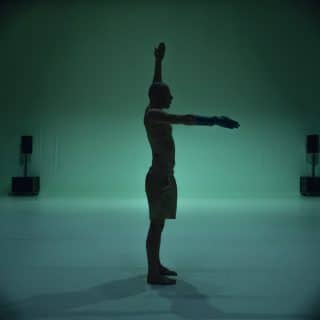 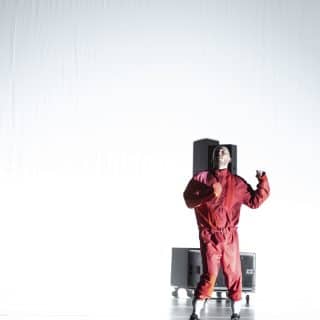 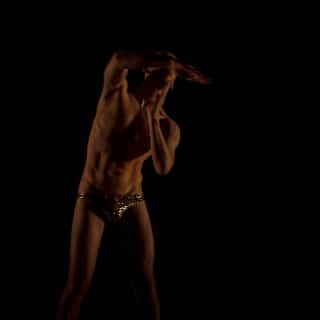 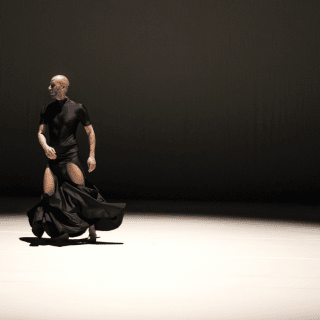 Dance at the service of music

Martens processed the material into a performance that alternates between documentary images and dance. At the start of each scene, we hear Chojnacka’s colleagues talking about her or see interviews with her. In a key scene, Chonajcka describes her collaboration with choreographer Lucinda Childs. The harpsichordist feared her music would be completely subordinated to the dance, ‘because the visual attracts attention’. She was pleasantly surprised that Childs managed to bring the music to the forefront with her choreographies. That too seems to have been Martens’ starting point. The short dance solos that he attaches to each documentary item enter into a symbiotic relationship with Chojnacka’s pieces. With his movements he unravels the complexity of the music and makes sure that you continue to listen attentively, delivering an overwhelming introduction to a brilliant musician. The variety of Chojnacka’s repertoire goes hand in hand with her breathtaking virtuosity.

Fusion of contemporary and classic

In his dance, Martens also subtly emphasizes various aspects of Chonajcka’s artistry. The fusion of classical and contemporary influences is regularly central to this. In selecting her classical repertoire, Chojnacka always went looking for ‘the seeds of modernity’. This is underlined in a performance of the sixteenth-century piece ‘Upon La Mi Re’, to which Martens performs an unemphatic hip-hop dance. And the video game-like tones of Stephen Montague’s ‘Phrygian Tucket’ elicit a true tour de force from Martens. In short, rapid movements he exactly follows the music, producing a robotic movement language that fits perfectly with the association with digital environments. Cédric Charlier’s ingenious costume design adds another layer. He too seeks a balance between ancient and modern. A medieval blouse with panther leggings underneath, a red evening outfit that is reminiscent of the Renaissance. In this way, all elements in Elisabeth Gets her Way interact to offer the richest possible image of a unique artist.

This article was originally published on August 17 2021 and written by Marijn Lems. Translation by Patrick Lennon.

Don’t miss Elisabeth Gets Her Way as part of #BIAF22 on Friday 28 and Saturday 29 October.