2022 is a year of celebration on the Maritime Mile. Kerrie Sweeney, Chief Executive of Maritime Belfast Trust reflects on the milestone events taking place this year and how the past and present on the city’s iconic waterfront are interwoven.

Belfast is a city with a long maritime history

We’ve enjoyed researching the area’s heritage so that we can inform new developments of our authentic historic waterfront. 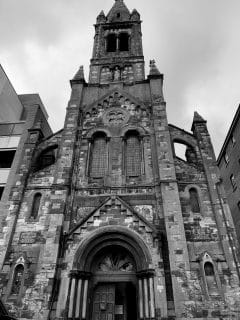 With its spire often the first and last sight of home for generations of seamen, this year the historic St Joseph’s Church in Sailortown is marking 150 years since it was completed. Known as the Chapel on the Quay, St Joseph’s began its history as a Catholic church for Sailortown residents and visiting seamen, but was deconsecrated more than three decades ago, and has spent the last few years transforming into a community space.

Belfast Harbour is also commemorating a milestone this year, marking 175 years since it was established in 1847. Replacing the earlier Ballast Board, from the beginning Belfast Harbour and its Commissioners had revolutionary plans to tame and reshape the River Lagan. In the late 1840s the Harbour brought in William Dargan, an Irish engineer, to undertake cuts to the Lagan, widening and straightening the river. These changes allowed more trade to access the town, bringing about further development and transforming Belfast into the city it is today. 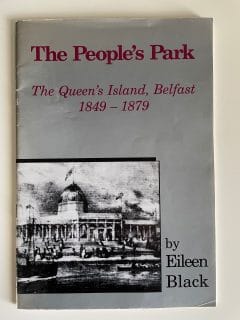 Almost a by-product of the Harbour’s engineering developments was the creation of an island on the County Down side of the Lagan – firstly called Dargan’s Island after William Dargan, then renamed Queen’s Island in honour of Queen Victoria’s visit to Belfast in 1849.  Queen’s Island became the People’s Park – and the first public park in Belfast, with a small zoo, a series of gardens, and a crystal palace with an ornate fountain and winter gardens. There were regular fetes and firework displays, bands putting on musical performances, boat races and a merry-go-round. There was even a small aquarium and an aviary, and the island was a popular venue for concerts and other entertainment.

Earlier this year, Maritime Belfast Trust was approached by Belfast International Arts Festival about an exciting cultural event they wanted to bring to the Maritime Mile. Established in 1962, the Festival is celebrating sixty years of arts and cultural events and wanted a location for a unique installation called Cristal Palace by French artists, Transe Express. As the charity responsible for promoting and preserving Belfast’s Maritime Heritage, we could think of no better venue than close to the original site of Belfast’s historic crystal palace, near the Titanic slipways. The Cristal Palace installation features an open-air ballroom with an airborne orchestra and aerial acrobats on a huge chandelier. Seeing the acrobats suspended under the chandelier will remind us of the stunning chandeliers on board the White Star Liners built by Harland & Wolff and the glamour of days gone past. It’s also reminiscent of the immense Arrol Gantry and all the workers who climbed the scaffold while building the iconic ships. 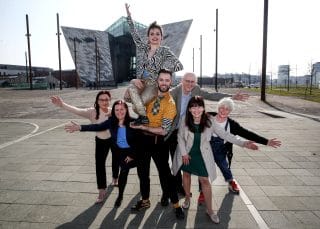 Working with Belfast International Arts Festival, Belfast City Council, Arts Council for Northern Ireland, Circusful, Titanic Belfast and local supporters Titanic Quarter Limited, we are delighted to be bringing the Cristal Palace to the Maritime Mile on the 23rd and 24th April. The free event is now fully booked. It promises to be a unique experience, but also has such strong echoes of the past when the People’s Park on Queen’s Island had its own crystal palace and was home to so many events and festivals.

This is a year of milestones for the Maritime Mile, all contributing to Maritime Belfast’s vision for the city’s iconic waterfront as a vibrant, accessible heritage destination​.  For more information on the work of Maritime Belfast Trust, visit www.MaritimeBelfast.com