Paul Carrack, one the UK’s great singer songwriters and a figurehead of soulful pop for decades, will return to the Grand Opera House as part of Belfast International Arts Festival; last appearing in 2017 to a sold out audience.

Nicknamed ‘The Man with the Golden Voice’ in a BBC documentary about his phenomenal 50-year career, you will recognise his vocals from such global hits as How Long by ACE, Tempted by Squeeze and Over My Shoulder and the Grammy award nominated Living Years by Mike + the Mechanics.

His collaborations as a keyboard player have seen him appear on scores of recordings and tours with the likes of Eric Clapton, Ringo Starr, Elton John, and BB King. His songs have been recorded by The Eagles, Linda Rondstadt, Michael McDonald, Tom Jones and Diana Ross amongst many others.

After leaving school aged 15, Carrack had one aim in life, to be on the road, playing in a band. In an astonishingly varied and fulfilling career the Sheffield born singer, songwriter and self-taught multi-instrumentalist has covered hundreds of thousands, if not millions of miles in pursuit of that dream. Touring and performing live is in his DNA.

Releasing a new album One on One in September 2021, an amazing set of 9 soulful new compositions and one great cover Behind Closed Doors, Paul returns to the stage with his fantastic 6 piece band . A night not to be missed. 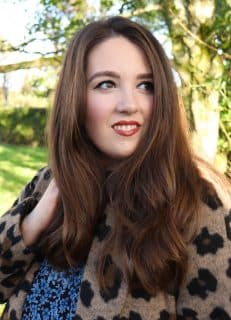 Sara Crockett is a singer songwriter from Ahoghill, Northern Ireland. A lover of all things country, Sara’s British Country Music Award nominated EP “Better Be Gone” led to appearances on BBC Arts Show and Irish TV, Northern Irish radio playlisting and opening slots for the likes of Nanci Griffith and Runrig. Her honest story telling through song has graced the stages of the famous Bluebird Cafe in Nashville and the SSE Arena Belfast and has even been featured on a British childhood favourite – Blue Peter.