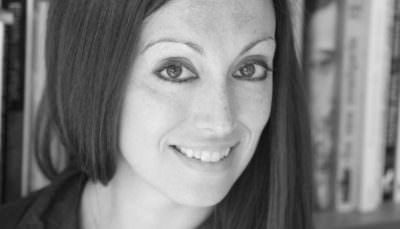 Ahead of her much anticipated adaptation of Chekhov’s Three Sisters, premiering during the Festival on Saturday 15 October, Belfast born author and playwright Lucy Caldwell takes time out to answer these five things…

2. Can you tell us a little bit about why you chose to adapt Three Sisters?
It has long been my favourite play. I have seen countless productions of it, too many of which have a restrained, genteel languor to them. For me, the play has a raw, punky energy to it, the sheer intensity of yearning – I have always had an instinct that it would work transposed to the backdrop of my own teenage years in 90s Belfast, and finally I felt bold or brave enough to take it on. Jimmy Fay at the Lyric took a chance on my vision, and I’m so grateful to him for that: it had to be here.

4. What’s your next project after Three Sisters?
I can’t currently conceive of a world beyond Three Sisters, it is so intense and all-consuming! But being in the rehearsal room for the first time in a few years has reminded me how addictive it is putting a play on and so, who knows, perhaps another play…

5. Are there any other shows in Ulster Bank Belfast International Arts Festival that you’re hoping to see?
Stacey Gregg is a really exciting up-and-coming playwright who’s been making a name for herself with her witty, hard-hitting plays, so I’m looking forward to seeing the acclaimed Prime Cut production of Scorch, in particular. And David Greig is brilliant, so I’m hoping to catch his modern reworking of the Aeschylus tragedy [The Suppliant Women].

Three Sisters runs throughout Festival in the Lyric Theatre from 15 – 29 October 2016.

Next Post
Lord Mayor Dives in for Festival Family show!