A documentary on the importance of the arts as a tool for debate and change.

A modern take on intersectionality and feminism, from a black woman’s perspective. 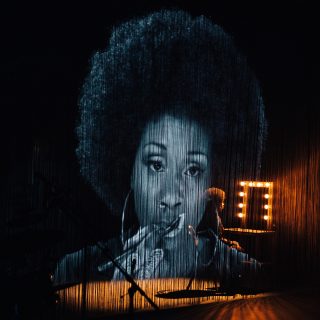 The internationally acclaimed Nina – A Story About Me and Nina Simone (Unity Theatre UK / National Theatre Sweden) in which Josette intimately embodies her own artistry in relation to the American artist and activist, Nina Simone, is not your typical glitzy musical tribute. Diving much deeper, the play looks back at Nina’s political acts as part of the Civil Rights Movement in 1960s America as well as the struggles in her personal life with Josette finding a parallel with the persisting inequality in today’s society, and questioning how far we’ve really come.

Josette has consistently been driven to increase diversity in performing arts and culture, both in Great Britain and in Sweden where she works and lives.

We also follow Josette as she starts an independent theatre company engaged in promoting stories of the diaspora.

By following Josette behind the scenes, on stage, and in rehearsals for her productions, mentoring and enabling younger talents, we get an insight into what it’s like working in a space where one isn’t the norm. We see how art can provide a space for debate and change, and also as a means for channelling anger and rage at personal struggles and at the persisting inequality in today’s society.

Viewers are advised that they may find some scenes distressing.