Martin Hayes is one of the world’s most celebrated fiddlers and an influential figure in Irish traditional music. Rooted in the classical, folk and contemporary worlds, Hayes is the founder of the seminal Irish-American supergroup The Gloaming, and has collaborated with everyone from Bill Frisell and Yo-Yo Ma to Sting and Paul Simon.

Their common ground is a deep love of Irish traditional music, but each artist takes the form in new and exciting directions: jazz, avant-garde and cutting-edge contemporary classical. 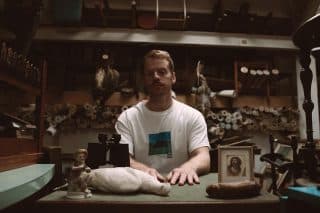 After winning the Northern Ireland Music Prize in 2016, you’d be forgiven for assuming Ciaran Lavery would then have slowly ridden off into the sunset to quietly join the ranks of iconic Irish singer-songwriters. Indeed his debut record ‘Let Bad In’ has clocked up millions of streams. However, if Ciaran’s music tells one central theme, it is one of mould-breaking disruption as he seeks to flip the singer-songwriter genre on its head. Expect themes of helplessness, mental turmoil and dark humour all wrapped up in crafted lyricism and musical punch.

“In the decades to come, we’ll surely talk of having seen this man in the way others talk of Miles Davis or Jimi Hendrix or John Coltrane.”